Are You a Designer? Start Here

Soul Somatic Therapy is a service from Verinder Sharma, a practitioner of Somatic Experiencing, a pioneering body-based approach designed to help heal trauma and other stress related disorders.

Ian Paget was approached to design a logo for the startup business that would take inspiration from ancient cultures of the Amazon rainforest who have healing systems which draw on the body’s natural healing energy. 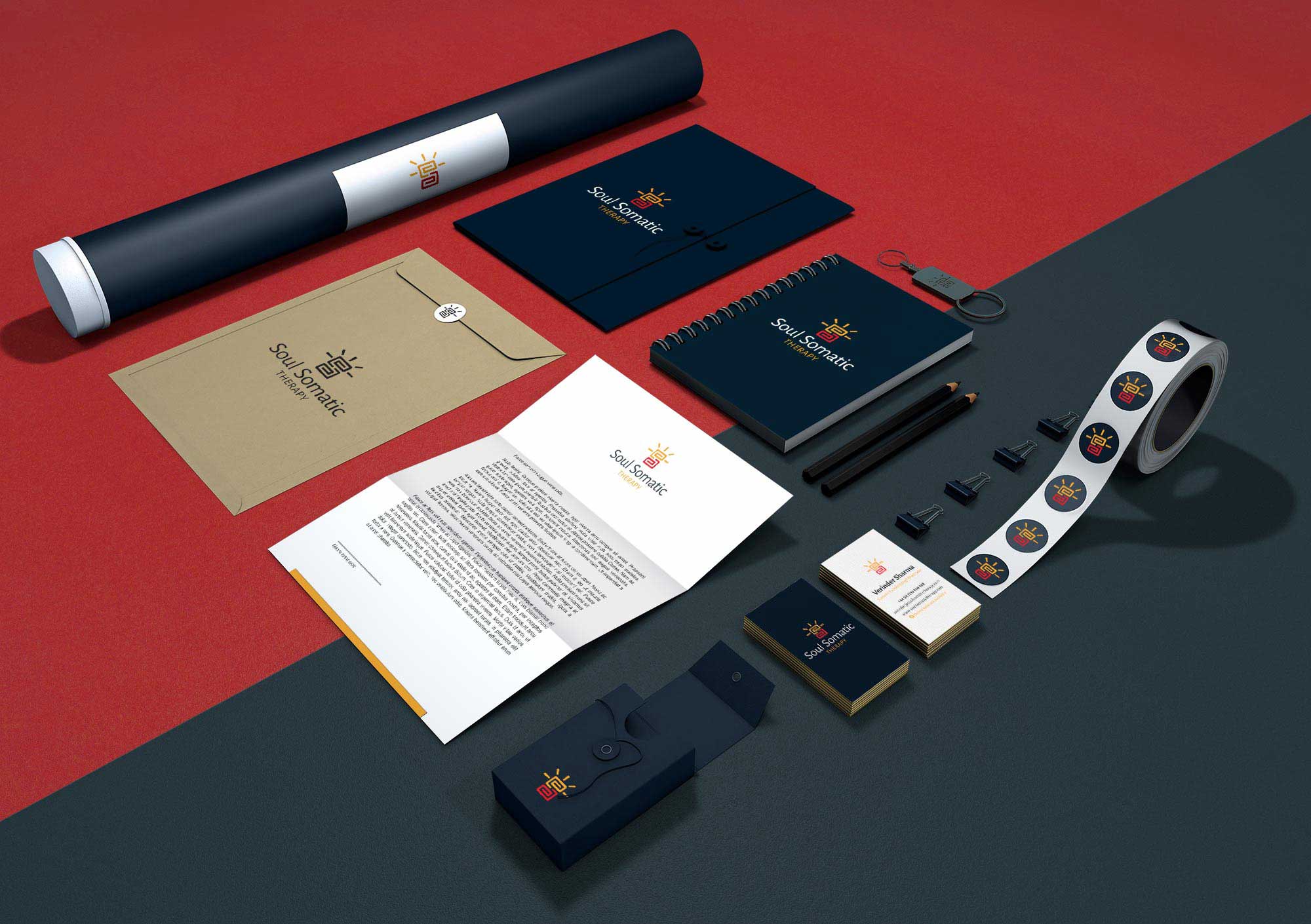 Soul Somatic Therapy offer a type of therapy called Somatic Experiencing which is designed to help heal trauma and other stress related disorders, for those who have suffered from a car accident, surgery, sexual abuse, rape, attack, a fall, physical and emotional abuse and other events.

Somatic Experiencing (SE) therapy works by asking the individual to pay attention to their body and to name the sensation. For example, the tightness that they feel in their body when they speak of a stressful event.

As the individual speaks of the event, they follow the story, the emotions, thoughts, images that come to the mind, but keep coming back to the sensations as they change and move in the body.

The aim of the therapy is to find the point when the client can overcome the traumatic shock, and they are asked to follow their body’s fight or flight impulses to complete what the central nervous system couldn’t at the time of the event to release the traumatic energy, and return to harmony.

Dr Peter Levine, who developed SE mentions that ancient cultures have healing systems that draws on the body’s natural healing energy. For this reason it was requested that the logo take inspiration from indigenous communities, mainly from the Amazon rainforest.

Through observation of tribal ceramics, body paint, head dresses and tribal art I discovered that swirl like symbols representing energy are used throughout, as well as bold, bright colours. This became the key reference for the final logo design.

Aside from creating a tribal type symbol I wanted to ensure the logo would have a direct association to SE in some way. To achieve this I explored ideas around experiencing trauma, then experiencing it again a second time to find a cure.

To represent SE in a simple and effective way I made use of 2 swirls. The first representing the original trauma, then the same shape is repeated to show that the event is being experienced a second time. Lines then shine out from the second swirl like rays of the sun to symbolise the release of pain, and a cure found.

The symbol, which makes use of the two swirls to form an S monogram, has an immediate tribal feel that is enhanced with a subtle hand made aesthetic.

The use of red and yellow was selected primarily because it’s used heavily throughout indigenous communities, however, the colour also helps to enhance the meaning described. Red can be associated with pain, whilst yellow in contrast has associations with the sun, to help symbolise a cure, a fresh new day and a new beginning.

“Working with Ian was a real pleasure which I had a good feeling about from the beginning. I liked Ian’s previous work and his design process which gave me confidence that he will understand what I am after. Ian confirmed his understanding by developing objectives based on my input, I liked this because I got an insight into his decision making, and I knew we were on the right path.

I explained what my therapy practice is about, and the science based therapy – Somatic Experiencing that it’s based on, but I was cautious not to intrude into Ian’s creative process. When Ian showed me the proposals for the logo and his recommendation with commentary on why he has chosen aspects of the design, it was spot on.

Ian explained it as the body and mind connection with the trauma release shown above the head. I liked this because it also capitulated a part of the therapy’s abstract ideas to explain how the healing process works with a double spiral, one representing the trauma and another the healing energy, although I did not explain it like this to Ian.

The people who have seen the logo have all given positive feedback, and have different and equally valid interpretations that explain what it is communicating. I would recommend Ian to others looking for a logo to fit their business purpose.”

Looking for a logo designer?

Get in touch with Ian Paget today to discuss your project!